FSPs are a key operational plan under the Forest and Range Practices Act (FRPA). FSPs identify broad areas called Forest Development Units (FDUs) where timber harvesting and road construction may occur, are subject to public review and comment, and must be approved by government before taking effect. FSPs do not show cutblocks and roads for approval, and are generally in effect for a 5 year term.

For each of the 11 FRPA values and their objectives set by government, such as wildlife and biodiversity, the FSP identifies legally binding results and strategies, forest practices, measures, and standards, which will be required to be implemented by the Holder of the FSP in the forest development units. Results and strategies must be consistent with government objectives, and must be measurable and verifiable. The FSP also must be consistent with government objectives set out in Land-Use Plans, such as the Vancouver Island Land Use Plan, and sub-unit plans such as approved Landscape Unit Plans.

This FSP has been divided into two FDUs as shown on the overview map below. FDU #1 encompasses the active plan area, and FDU #2 relates to areas no longer in the tenure that have remaining silviculture obligations. An overview map in this FSP shows the locations of both FDUs. More detailed FSP maps are available in the links below.

AN FSP companion document has been prepared to assist in interpreting the content of the FSP and is available below.

Forest Stewardship initiatives by Western Forest Products do not end at the FSP. The FSP forms only one part of the overall forest stewardship and due diligence process. Examples of other sustainability initiatives include our Environmental Management System and Forest Certification, Standard Operating Procedures, Forest Investment Account administration, and TFL Management Plans. In addition to the legal framework in the FSP, other regulatory requirements are outside the FSP, such as the Heritage Conservation Act, Wildlife Act, Foresters Act, Land Act, Federal Species at Risk Act, Federal Fisheries Act, and First Nations case law.

More information on FSPs and the public and First Nations input process is available here. 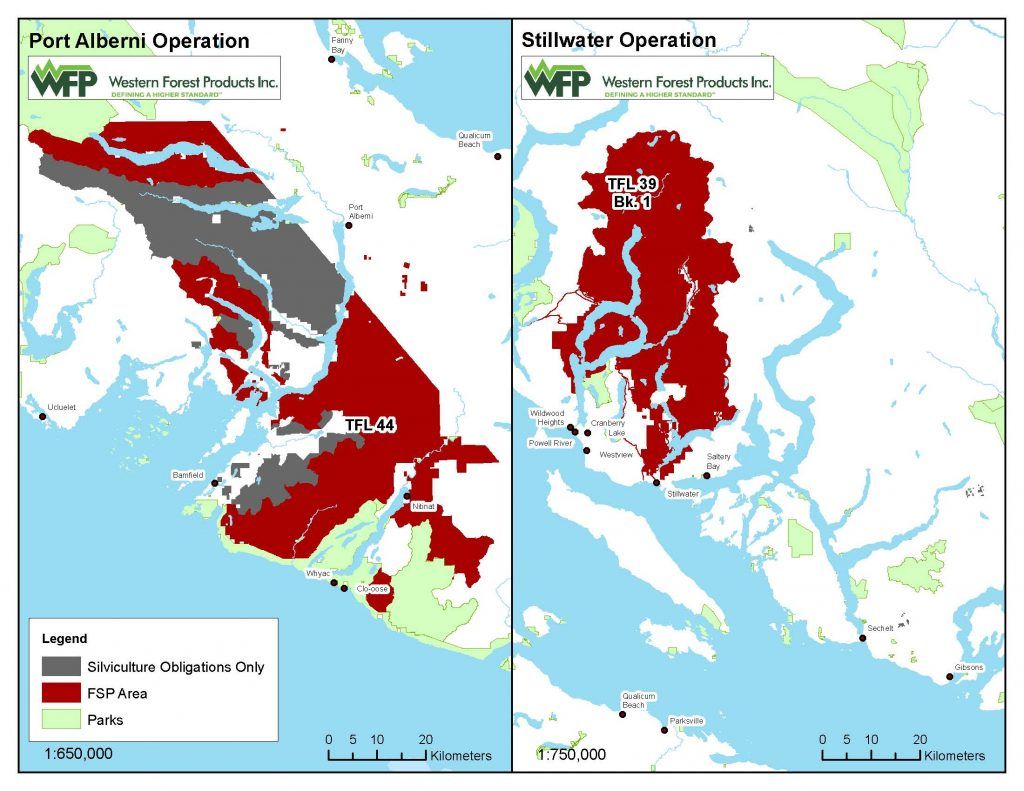 The FSP Companion Document included below has been prepared to assist in interpreting the content of the FSP.