When Management Plan #10 was approved in October 2003, TFL 25 covered 480,000 hectares of forests in 5 blocks near Jordan River, Loughborough Inlet, Naka Creek on Vancouver Island, Bella Bella and Kitimat in the Central Coast, and on north Moresby Island in Haida Gwaii.   On February 1, 2008 the allowable annual cut (AAC) was set at 529,500 m3/year by the Chief Forester of BC.

Currently the TFL is comprised of only the blocks near Loughborough Inlet (Block 2) and Bella Bella (Block 5) and covers approximately 196,000 hectares.  Block 1 (Jordan River) was removed from TFL 25 in 2010 to become TFL 61 and was subsequently sold to Pacheedaht Anderson Timber Holdings.  Block 3 (Naka Creek) was deleted from TFL 25 in 2009 to become part of the Pacific Timber Supply Area.  In 2010 Block 6 (Haida Gwaii) was deleted from the TFL and added to the Haida Gwaii Timber Supply Area. 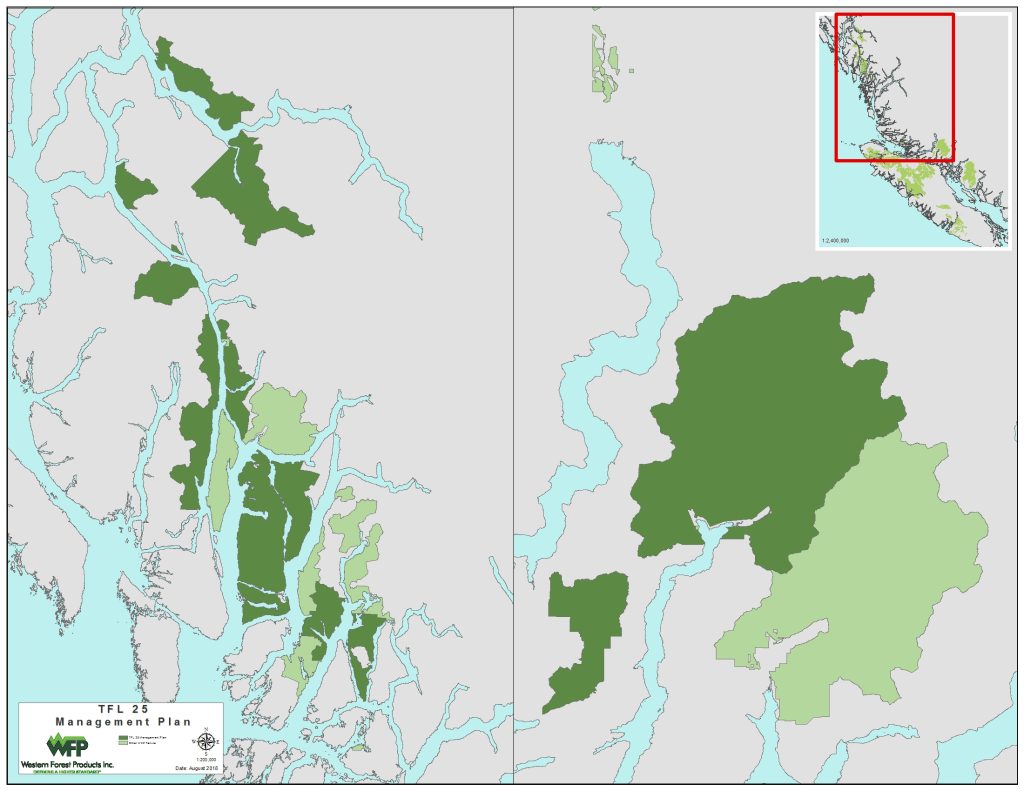